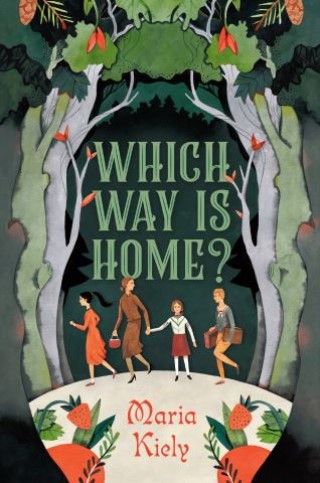 Which Way Is Home?

A riveting debut novel about a family escaping Czechoslovakia after the 1948 Communist takeover--based on the author's own family history.

Anna's father disappeared months ago. He had to flee the country because the cruel new Communist government wanted to arrest him. The Communists may have arrived like heroes at the end of World War II, saving Czechoslovakia from the Nazis--but since then, things have changed. Now Anna's whole family feels threatened and doesn't know whom to trust, so she and her mother and sister set out to escape, hoping to reunite with Papa. During their dangerous journey, they have to hide from the authorities and navigate through the wilderness, constantly relying on people they've never met for help. They have no way to contact Papa and they're running out of options, so putting their lives in the hands of strangers might be their only hope of seeing him again.

Maria Kiely: Maria Kiely studied creative writing at Harvard University. The daughter of a refugee, she grew up listening to her mother's extraordinary tales of escaping Communist-controlled Czechoslovakia. Which Way Is Home? is her debut novel. Maria lives in Somerville, Massachusetts, with her husband and two children.